How do blockchain games work and what are they? Blockchain games (also known as NFT games or crypto games) are video games that use encryption-based blockchain technology. The bulk of the blockchain functionality of these games is based on cryptocurrencies or non-fungible tokens (NFTs), which players can buy, sell, or trade with each other. The game publisher takes a commission on each transaction as a kind of marketing. By playing games like Crypto Kitties and selling their winnings for fiat currencies like the US dollar, some blockchain game players have earned enough money to support themselves.

Cryptocurrencies are becoming increasingly popular and it seems like everyone is jumping on board. As a result, every major company is interested in blockchain technology. The gaming industry seems to be an early adopter of blockchain technology, but what are the long-term prospects for blockchain games? 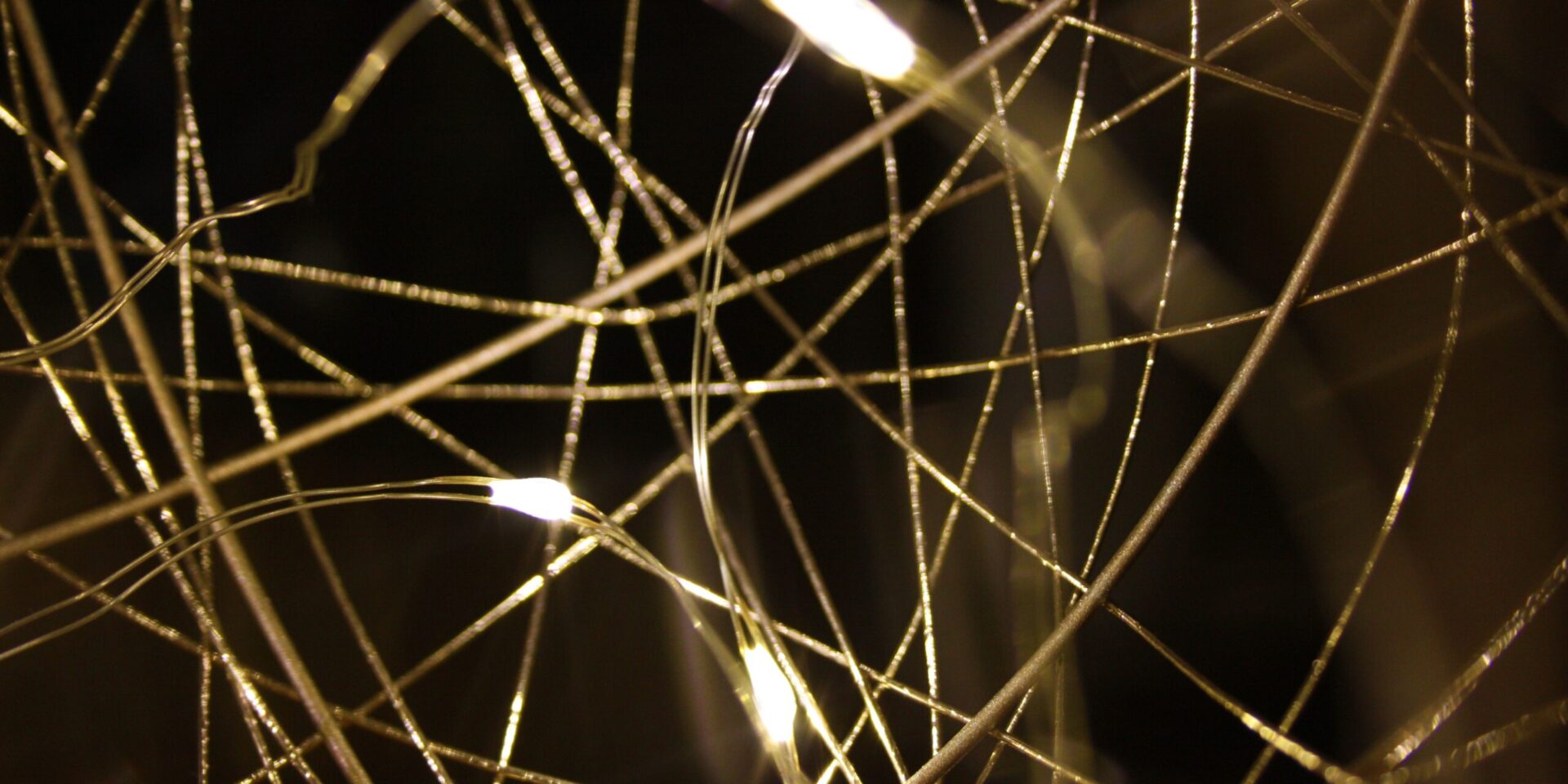 The worlds of blockchain and gaming are increasingly intertwined. The blockchain should excite the interest of players to learn more and participate. This is reflected in the gaming industry’s penchant for NFTs, with many rare and expensive NFTs changing hands in games.

Blockchain is a crucial part of financial technology in the future. Aside from the bitcoin squabbles, the idea of ​​an incorruptible ledger is gaining traction. Developers who wish to create games with a better user experience can use blockchain, which is necessary for the development of a decentralized financial system. 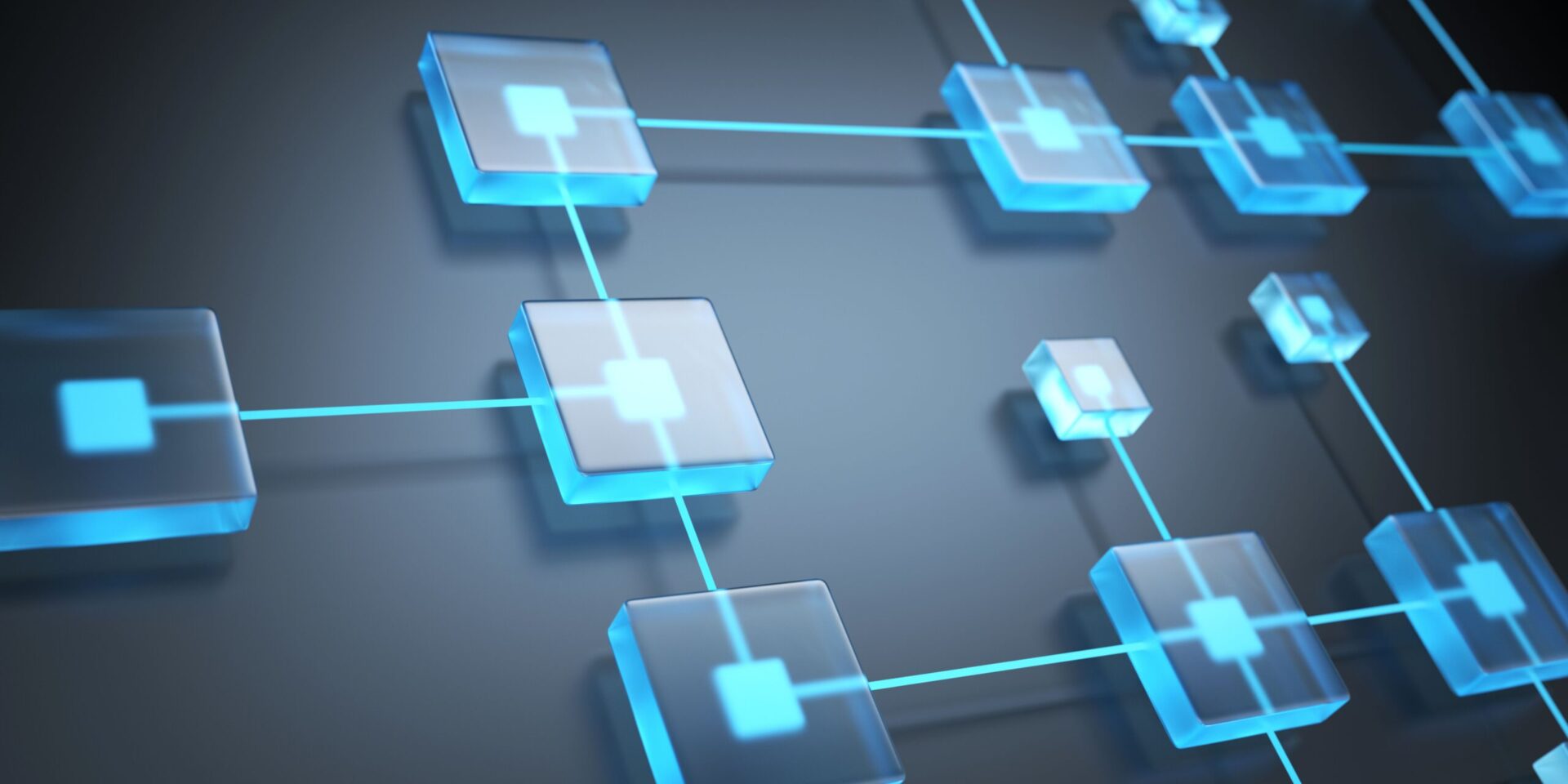 Despite the fact that blockchain games have been around since 2009, Bit Quest was one of the first notable location-independent decentralized apps. Depp’s game was Crypto Kitties. Crypto Kitties, which allowed players to breed, trade and sell virtual kittens on the Ethereum network, generated over $25 million in sales in its first three months. Following the success of Spells of Genesis, at least one game combined elements of blockchain and classic collectible card games to produce a new game concept that surpassed other cryptocurrency-based games at the time. Non-fungible tokens (NFTs), which do not reflect trading assets but are used to indicate in-game ownership, have also been used in several games.

Many modern games now include some form of digital rarity in their design, whether for storyline or gameplay. In many cases, users can buy or earn virtual goods by playing the game rather than paying for them with real money using cryptocurrency tokens to transact in-game savings. 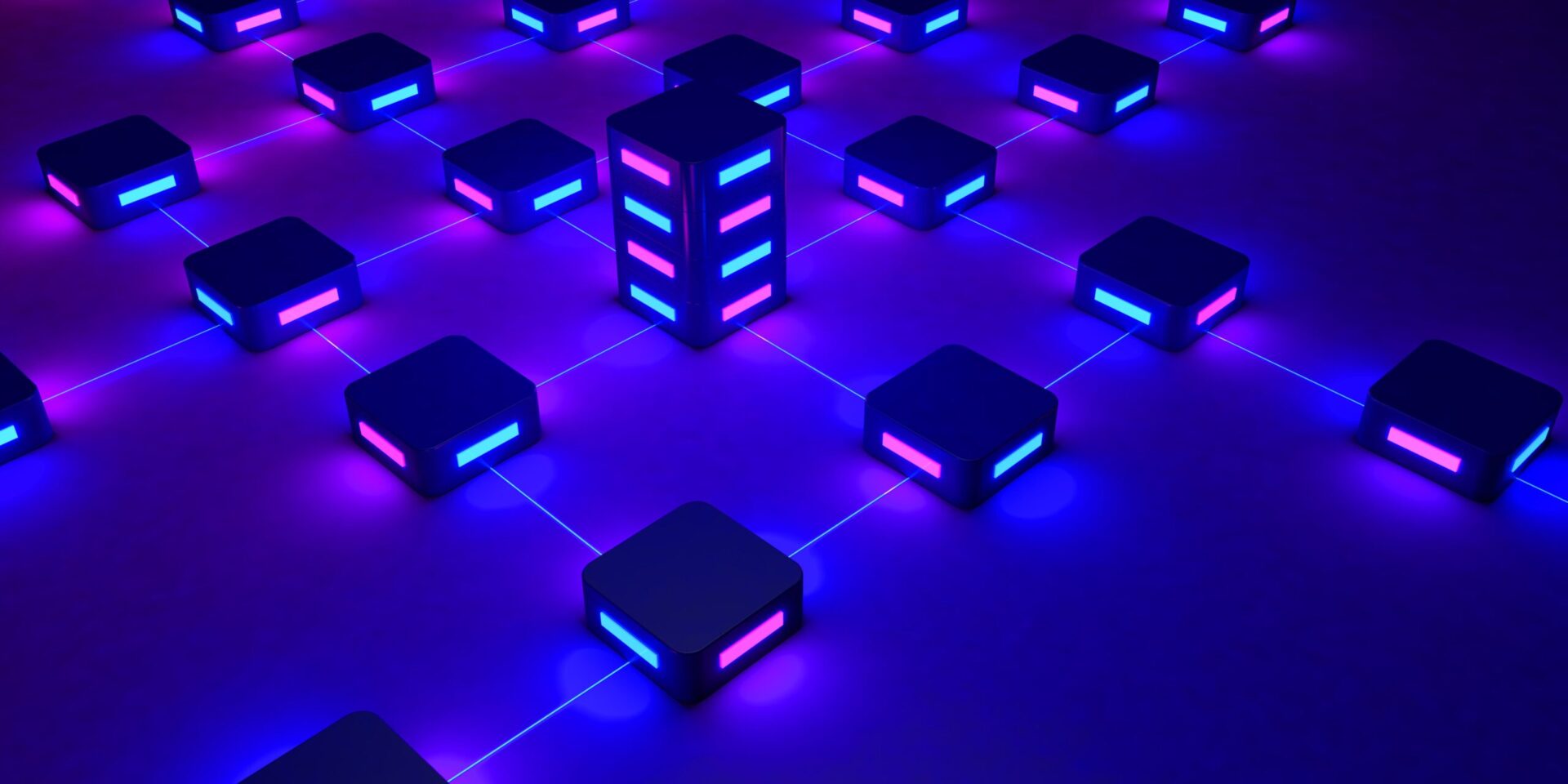 The concept of blockchain gaming

Because blockchain video games are such a new concept, the underlying technology has yet to be properly researched for its potential impact on future games. However, using blockchain technology for this purpose has some advantages. It ensures that all digital assets are tracked throughout their life; it allows traditional video games to become decentralized applications, eliminating the need for centrally hosted servers; and it ensures that once an item has been traded, it cannot be removed from the game’s ecosystem, even if the game is closed. This alleviates concerns about the scarcity of items and possible abuses that could occur if secondary markets were established.
In some cases, the blockchain technology underlying cryptocurrencies, such as Bitcoin (BTC), is used to create digital rights management (DRM) systems to prevent illegal copying of virtual items, ensuring that they remain unique and one of a kind. . Users may sell or trade game assets on unlicensed marketplaces such as eBay or social media without blockchain technology, which may lead to fraud.

There are a few crucial terms to know when it comes to chain games. 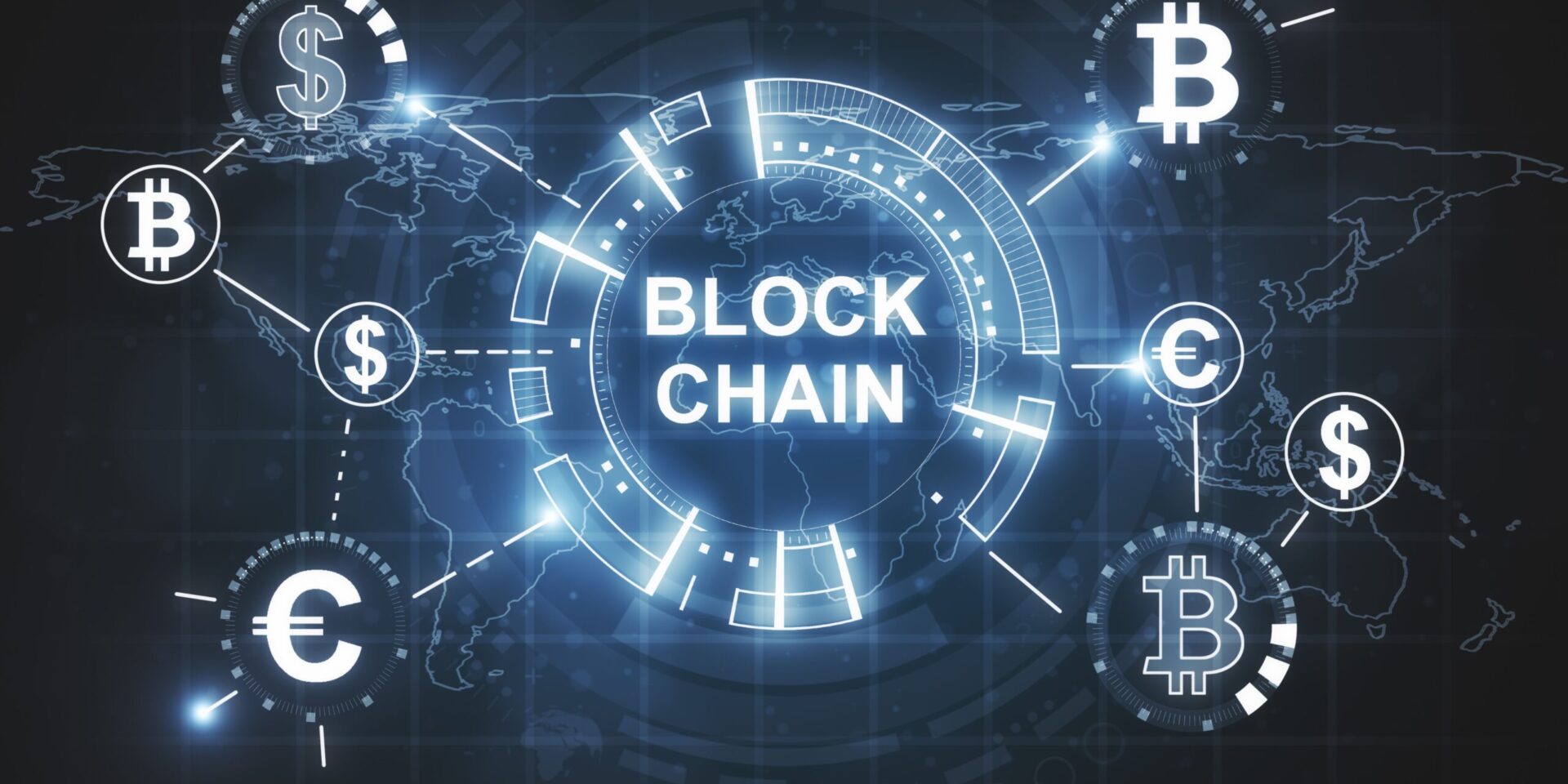 Gamers are hesitant to spend money on gaming products that are not portable and are under the developer’s control. Worse still, if a gambling site goes down, players lose everything they have invested. Developers now have full control over their assets after tokenizing in-game proceeds.
play to win
In many blockchain games, the play-to-earn model is used to reward players for participating in in-game economies and obtaining and trading items.

What is Blockchain Gaming example?

What is an example of a blockchain game? Mobox is one of the NFT-based play-to-earn game platforms. It allows players and investors to freely access and play NFT games (using non-fungible tokens) and earn money.

In some cases, players are rewarded with NFTs for playing the game and competing. However, players can also purchase them on various NFT marketplaces. Regardless of how they got them, players who own NFTs can trade them and make a profit. It’s one of the easiest ways to earn money with blockchain games.

What are NFT games and how do they work?

Playing an NFT game, gamers earn in-game NFTs and the game’s brand tokens (like AXS by Axie Infinity) powered by a particular blockchain (often, ETH). Accordingly, the worth of gaming NFTs and tokens depends on the exchange rate. In terms, the exchange rate is defined by the demand for a cryptocurrency.

What is the number 1 Blockchain game?

Lucky Block (LBLOCK) – Best New Cryptocurrency Casino and Sportsbook. One of the best cryptocurrency games is Lucky Block’s casino site – the flagship product of the Lucky Block ecosystem, which also has its own token (LBLOCK) which grew to a market cap of nearly $1 billion at the start of 2022.

What is the point of blockchain games?

These games allow players to buy, sell, or trade in-game items with other players, with the game publisher taking a fee from each transaction as a form of monetization. A subset of these games are also known as play-to-earn games because they include systems that allow players to earn cryptocurrency through gameplay.

How much does a Blockchain game cost?

All factors considered, the cost of developing a blockchain gaming app with all the advanced features and attractive user interface is from $50,000. The price may increase depending on the scale of the game.

Does Bitcoin game give you real money?

Are bitcoin games legit? Yes. All the bitcoin games you find on this list are legit and real. The bitcoin casinos you find on PokerNews are regulated and licensed by public bodies like the United Kingdom Gambling Commission (UKGC), the Malta Gaming Authority (MGA), or the Government of Curaçao.

How much money do you need to start a blockchain?

Blockchain is a feature-dependent technology, so the final price will vary in accordance with the project requirements. We should say that the blockchain app development cost starts at $5,000 and can go as high as $200,000.

Can we earn money by playing NFT games?

NFT Games permits users to make money as they play. Be it blending video games with finance or GameFi, as players call it, these games use NFTs that are unique digital collectibles on the blockchain. Moreover, gamers can also obtain NFTs in various pay-to-win gaming models.

The concept behind play-to-earn games is simple: players collect cryptocurrencies or NFTs produced in the blockchain-based game. Next, players generate income by selling in-game NFTs or earning cryptocurrency rewards, both of which can be exchanged for fiat cash.

Why do NFT games make money?

An NFT game goes beyond the typical acquisition and holding of NFT collection in your crypto wallet. NFT games include player interactions, sale, and purchase of gaming avatars or characters and other gaming assets. It even lets the players earn money through play-to-earn money.

What are the top 3 Blockchains?

According to Menon, the top three blockchain frameworks for these use cases are R3 Corda, Hyperledger and Ethereum, with EOSIO and ConsenSys Quorum gaining ground.

Many crypto games are free to play, and lots have play-to-earn features. These mechanics vary from game to game. But players can earn currency or valuable tokens just by playing these games.

What are the top 3 blockchain companies? 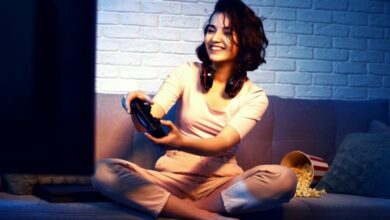 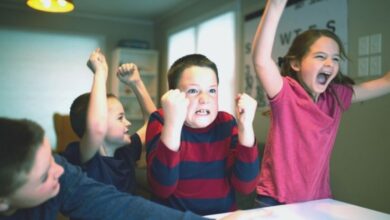 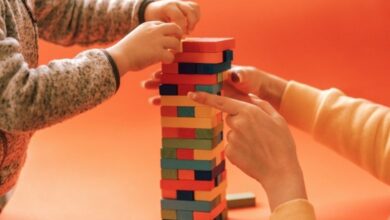 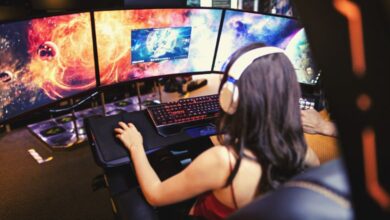 The year 2022 will be remembered for its best video games